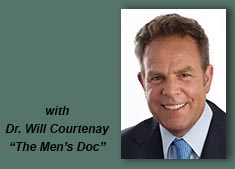 What Are the Signs of Depression in Males?

People go to therapy for lots of reasons – poor self-esteem, relationship problems, career issues, self-identity questions. But one of the most common conditions affecting people who enter therapy is depression. And men who struggle with the conflicting messages they hear about manhood are at increased risk for depression.

Depression in men is a particularly serious mental health condition – for a couple of reasons. One is that it’s often hidden. Another reason is that it’s a silent killer.

Are you irritable, isolated and withdrawn?
Do you work all the time?
Are you drinking too much?
Do you seek thrills from risky activities? 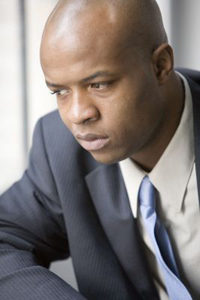 These are signs of depression in men. Most people don’t know this, because we think of someone with depression being sad and crying.

But as a result of our lifelong training in how to be a man, we often don’t cry or express sadness or hopelessness when we’re down. We’ve been taught that it’s “unmanly” to express any feelings – and especially shameful to express feelings that might reveal “weakness.”

So we hide our pain – from ourselves and others. And in search of relief from this pain, we often turn to endless work, sex, alcohol, or other behaviors that only end up hurting us more.

Click here to learn more about
symptoms of men’s depression

Men’s hidden depression contributes to a myth in our society that men don’t get depressed. But there’s no better – or tragic – proof of men’s depression than suicide.

Depression is the most common mental health condition linked with suicide, and every day, more than 70 men in the United States take their own lives. That’s as many as 12 times the number women who commit suicide.

And it’s not just suicide. Compared to men who aren’t depressed, men with depression are twice as likely to die from any cause.

Don’t Let Your Depression Get The Upper Hand

The important thing to know about men’s depression, is that it’s treatable. You don’t have to continue suffering from it. And although it’s a very serious – and sometimes life-threatening – condition, you can recover from depression.

“Talk therapy” – or psychotherapy or counseling – is a proven effective way to reduce anxiety and depression, and to address stress, low self-esteem, substance abuse, and dissatisfaction with relationships, including "nice guy syndrome." It's also an effective way to feel better about yourself and your life – and ultimately, feel better in your own skin.

Are you looking for a counselor, psychologist or psychotherapist,
or counseling and psychotherapy services for stress, anxiety,
depression, low self-esteem, anger management or other men's issues?
Click here for the contact page.